The 5th International Meeting of Laundry, Dry Cleaning and Sanitation CUBALAV 2013 took place from the 19th to 21st September at the Convention Centre, Plaza América in Varadero. Its goal was to share training and knowledge as well as stimulating and promoting technical novelties to contribute to the development of this sector.

The event was attended, among others, by the following Cuban and foreign companies:

Suchel Proquimia, SA contributed in this event as a sponsor, exhibitor and speaker at the following conferences:

At a stand of 33m2, Suchel-Proquimia displayed some of its products in specialty groups, pointing out the new ones such as Asepclor, Yodor, Key Higienizante and Vita Aspepgel with their corresponding dosing systems.

The company was awarded with the following prizes:

People who visited the stand were from the above mentioned enterprises, representatives from MINTUR and guests. A special mention goes to the distinguished visitor María del Pilar Macias Routes, Viceminister of MINTUR, who showed great interest and confirmed her support to our work. 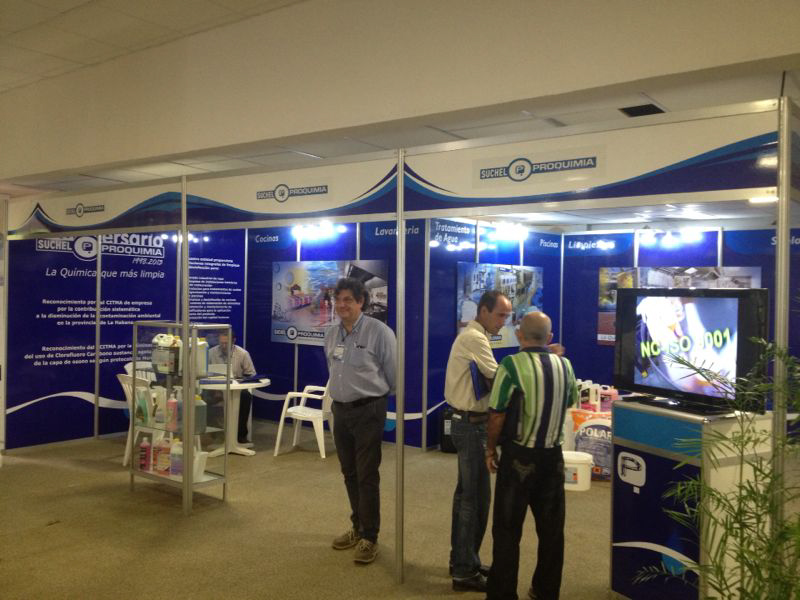